The Whole Truth and Nothing But

Another gray day....it matches my wardrobe this year.  and my hair.  and my mood.

Why didn't I just eat a couple of spoons of peanut butter?  That usually cheers me up, but today, getting at the peanut butter meant changing the beautiful yet precarious arrangement of things on the top  shelf of the pantry.  I'm not feeling lucky enough for that.

I've been in full domestic persona today and arranged shelves, washed floors, wrote an inspired shopping list and threw away anything in the freezer that was unrecognizable.  That sort of used up my luck, so I'm sitting on the couch waiting for karma to join me.

While waiting, I'm looking at the books I bought yesterday. This is what I should have done with them immediately after paying. 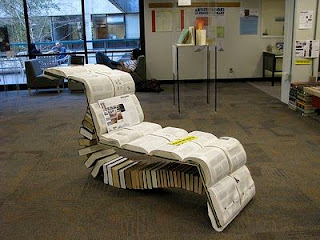 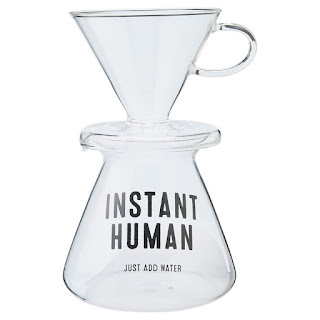 I came home with books and 3-D dragon bookmarks and other stuff for our Christmas stockings, ready for that cup of coffee.
Part of the problem of course was that because Dave is on holiday in Nova Scotia, with our car, to get to Chapters I had to borrow Emily's car.  It's new; it has screens, I needed young men to help me start it, align the mirrors and find the radio; so of course my jaw hurts.

Here's the thing.  You can't just add water then drip and sip because you need #2 paper filters to make it work.

As it should be

A week or so ago, my brother sent me a box full of "mementos" he thought I would like to have, as the family house, in which he has lived for a while, has been sold.

Mementos have always been able to provide sharp images for me of the owner, the position of the item in the room, and who gave it to whom.

I wasn't feeling particularly strong emotionally that day but knew my brother would want to know I'd received the parcel, so I opened it and immediately was totally overcome by the items inside.

Many were pictures that had been up on various walls, others small glass birds and eggs, both of which my mother and I were drawn to.  There were things I'd made for Mom and Dad years ago and other gifts we had given them. Touching these familiar items was magical.

Sean is a careful packer, and he'd included a fragile item wrapped in soft pink fabric, which when I saw it, brought me to tears.  I can't remember a time when that cobalt blue swan wasn't perched on a table or shelf in the many houses we lived in.  What I'd missed on first look though was that the glass swan was wrapped in my mother's bathrobe, which had been hanging on the bathroom door since she died ten years ago.

Even though it was too small for me I couldn't resist wearing it for the next couple of hours, and now it's hanging on our bathroom door.

A test of fortitude and friends

Two days ago I decided that 15 glasses of wine in a week was shocking, and possibly harmful.  I had just bought my usual box, that does indeed last me the 6 weeks it claims to hold its wineliness. 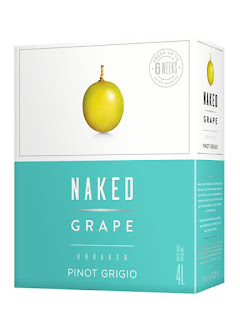 I put it near the door, with the receipt still stuffed into the top, and for 3 days it's been sitting there, waiting to be taken back.

Dave thought I was acting precipitously, and that given I enjoyed wine, having a glass a day couldn't hurt.  Strangely, I found myself drawn to his suggestion.


It took me a day to launch into the new regime.  While I still have the white, I have bought a bottle of non-oaked red, and intend to stick to the single glass per day.  When you read about how a glass of wine per day can be good for you, they're talking red, and I'm hoping the redness of it all will keep me on the plan.

Leaving the white boxed wine in the hallway is genius.  You can't drink white wine at room temperature, so I'm not even tempted, although I have just written 200 words or so about it.  And soon, one of us will take it back.

One of my friends told me not to be ridiculous---I'm retired and stay around the house a lot, so who's going to know how much I drink and why it should matter.  Emily says that person doesn't care about me at all.